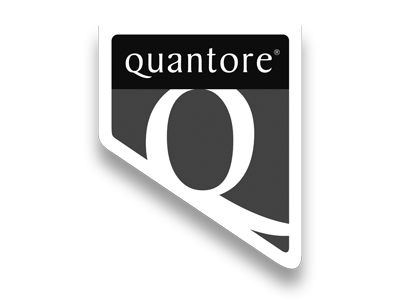 The start of the cooperative

100 years ago, the first step was taken towards the organization as it is today. Quantore was formed from a large number of cooperative purchasing associations. Each with their own history and background, all focused on synergy. Small purchasing clubs merged into large purchasing organizations and the name Quantore has existed since 2003. We are proud of our rich history.

After the start in 1920, the cooperative took many nice steps. We would like to take you along the road that has been travelled.

The history of Quantore starts in the spring of 1919. Kwinto placed an advertisement with the title 'Purchase-Combination'. This led to enthusiastic reactions from fellow specialist retailers. On 29 May, Quality Wint Everywhere, or Kwinto, was founded. Unfortunately, we cannot see the establishment of Kwinto as the start of the cooperative. Officially, Kwinto did not register in the trade register until 1946.

The origins of Quantore lie in the founding of Kwinto and Veneka. Because Veneka officially registered in the trade register in 1920, we see this as the official start of the cooperative Quantore. Veneka, too, started quickly with the joint purchase of articles and the sale of its own brand. The assortment included Veneka pasta, household books, drawing paper, pencils, bank mail with its own watermark, blocs, envelopes, blotting cardboard, passer boxes, luxury mail and even Veneka soap.

The purchase of office supplies in the time of Kwinto and Veneka had a completely different way of working than we use nowadays. The purchase was done by one member, who took care of the purchase and distribution of the articles among the members. For this the member received a compensation. Certainly the first 15 years this way of working lasted.

Remarkably, Veneka assigned a location as a warehouse as early as 1921. In Rotterdam. This allows more stock to be purchased, which has advantages in terms of purchasing and costs. Veneka remains there until they move to Nijmegen in 1928.

On March 4, 1933, one of the Kwinto members decides to start a new purchasing association. He sent a letter to a number of office retailers and within two weeks the Nederlandsche Combinatie van Kantoorboekhandelaren, or NECO, was founded in The Hague. Two weeks later the members meet for the first time and place their first order: toilet paper.

After the Second World War a period of financial setbacks and reconstruction came for the purchasing associations. During the hesitant growth of the post-war economy, a number of office booksellers started a new purchasing organization: Centraal Inkoop Bureau voor de kantoorboekhandel (CIB). This organization mainly focused on the somewhat smaller office bookstores.

Consorpa bvba is founded as a collaborating company, which originated from a number of Belgian paper traders. Consorpa rents a small warehouse in Antwerp and takes over the Belgian market. The way of purchasing was special at the time: members collected their goods at Consorpa themselves in the warehouse.

The number of members rose rapidly. First within the province of Antwerp, then throughout Flanders from Ostend to Maaseik.

In 1966 a new player joined the company: RIC, the abbreviation of the Coöperatieve Rotterdamse Inkoopvereniging voor de Boek- en Kantoorboekhandel en Speelgoedhandel. Unfortunately not much information is known about this purchasing association.

The members of Kwinto moved to Veneka in 1972. In 1991 another 24 members of the RIC were added. This meant growth for Veneka. The premises in Wijchen were becoming too small and cluttered. That is why Veneka bought a piece of land on the industrial estate in Beuningen. In 1991 they took the new premises into use.

All Neco members join Veneka, after which Neco is dissolved. In the same year, the members of the Belgian Consorpa are transferred to the CIB. As a result, Veneka and CIB continue to exist as the two major purchasing organizations.

Veneka and CIB merge into CIB-Veneka U.A. Two years later, the warehouse and office of CIB and Veneka are also merged.

In 2002 CIB-Veneka changed its name to Quantore U.A. There the first time the name Quantore was used.

2019: expansion at the Zilverwerf in Beuningen

This year Quantore celebrates its 100th anniversary. We are proud of our rich history. Purchasing associations that pursued their goals and managed to overcome obstacles. We've grown through collaboration.

Stay up to date with our latest offers

By creating an account with our store, you will be able to move through the checkout process faster, store multiple addresses, view and track your orders in your account, and more.

You have no items in your shopping cart